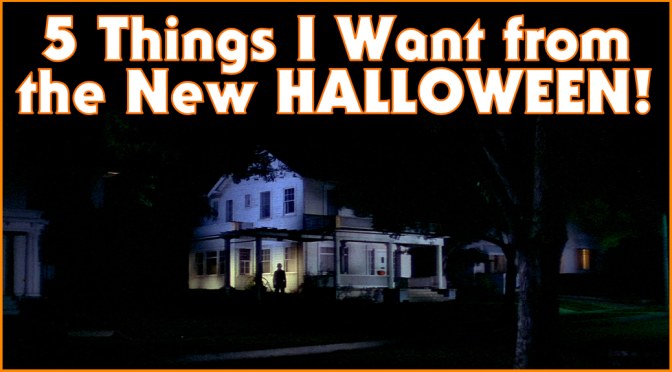 As you’ve probably heard by now, Blumhouse announced yesterday that they’ll be producing the newest Halloween film, the first since Rob Zombie’s 2009 debacle, Halloween II. What makes this particular bit of news so exciting is confirmation that John Carpenter will executive produce, and could also possibly (maybe? hopefully?) score the film. Add to that the involvement of franchise producer Malek Akkad, Miramax Pictures, and bastions-from-the-start Compass International/Trancas International Films, and suddenly the tired and aimless franchise looks to have gotten a much needed shot in the arm.

Of course, the recognizable names mean nothing to the final product; a lot of variables could result in a boring, unmemorable film, namely the two most important puzzle pieces – the script and its director – which are, as of this typing, non-existent. But none of that stuff really matters right now because, as with every entry before this one, the announcement of a new Halloween film ushers in waves of excitement and possibilities that will keep me coasting and daydreaming until I see it in the theater.

The film has a projected release date of sometime in 2017, which means I’ve got a lot of time on my hands to fantasize about my dream production, so here are 5 things I’d really like to see in the new Halloween.

Get original cinematographer Dean Cundey and shoot WIDE (and on film!)

I understand that for budgetary reasons the newest Halloween will most likely be shot digitally and lensed by some well-intentioned, adept cinematographer, but look: don’t bother making this thing if it’s just going to look like every other modern horror movie. You wanna do this thing right, you get Dean Cundey on board and let him do his thing. Use most of the film’s budget if you have to (like they did on the first Halloween); it’s okay to splurge on the right things, and this is definitely a right thing. This is the guy who brought the original Michael Myers out of the shadows and into our nightmares. When Myers is running down the stairs and the slats from the bannister casts spooky silhouettes over his mask? When Laurie thinks she’s safe, but we see Michael sit up in the background? What about all the POV work from the first two films? That’s all Cundey, baby. His low-light blue-hued anamorphic wide lens work is key to Halloween‘s overall aesthetic and long-lasting effectiveness. The fact that he worked with John Carpenter on six productions, including three Halloween films, makes his involvement here almost mandatory. (Plus, it’s not like he’s busy making anything worthwhile lately; if you check Cundey’s IMDB, you’ll see his talents being wasted on majorly questionable productions – let’s get him back in the horror game, back to his roots!)

Make Haddonfield feel like a real town again – flesh it out, fill it with colorful characters.

One of the things I loved about the early Halloween films (and a few of the latter entries) was just how real Haddonfield felt, thanks to the plainspoken characters and allusions to the layout of the town itself. There’s a great scene in Halloween II, where one of the hospital nurses is talking to an orderly:

Julie saw him, yesterday. You know the Shop & Bag out by the mall? She stopped at the light and saw him walking in that field behind the Lost River Drive-In. Julie said he was so creepy.

Budd, the orderly, immediately refutes the story he just heard – but what a spooky and brilliantly effective visual her story paints. Who’s Julie? We never meet her or hear her name again, but it doesn’t matter. Nor do we ever see the Shop & Bag, nor the mall, nor the field or the Lost River Drive-In. But again, it doesn’t matter. Through this minor-yet-essential bit of dialogue, we learn of relationships and geography. Haddonfield is a small town, and this interaction does a great job of subtly defining that for us, the viewer.

It’s like how in the original Halloween, even though we never actually see the premises for The Rabbit in Red Lounge, we know it exists from the matchbook in Nurse Chambers’ car. Same goes for ol’ Charlie Bowles in Russellville. Or the pharmacy in Halloween 4, where Rachel’s boyfriend works – really, where all the town’s teens seem to work or hang out – is also where Jamie buys her doomed clown costume (and where Michael serendipitously finds a replacement Captain Kirk mask.) And the hillbilly bar – let’s not forget the hillbilly bar! A lot of these details that flesh out the people and places of Haddonfield seem to have fallen by the wayside post-Halloween 6. This is a must for the new film.

Look, this should be the easiest thing to accomplish. It’s a no-brainer. Just make the goddamn thing look like it did in the original – how hard is that? Don’t give me any of this copyright business, it doesn’t hold up. When was the last time the series had a decent mask, Halloween 6? Don’t even get me started on the CGI mask or the eye make-up mask. This shouldn’t be an issue. Keep it simple. 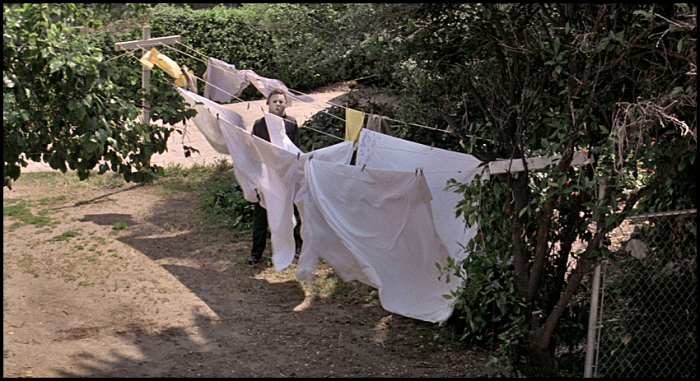 Bring back the urban legend campfire tale vibe it once had.

The first two Halloween films are, at their core, your basic urban legend story. Well, I should say stories since both films borrow from several familiar neighborhood tales and layer them to create a terrifying narrative: the escaped mental patient, the babysitter in peril, the creepy phone calls, the house at the end of the street you’re supposed to avoid, the serial killer in the back of the car, tainted Halloween candy, The Boogeyman. (Even the Myers home in and of itself could be viewed as a loose extension of the ‘cursed’ [i.e. ‘Indian Burial Ground’] trope.) All the stories we scared each other with growing up, presented visually. Sure, Myers is an unstoppable killer – but he’s The Boogeyman first and foremost. If you want to do the new film justice and make Michael Myers truly scary again, then his penchant for killing should come second to his ability to haunt Haddonfield like a wrathful specter.

Fill it with easter eggs and nods!

This probably goes without saying, but a little fan service would be really appreciated – lauded, even. Name a character Wade, have one drink only Dr. Pepper, have someone mention the town Russellville, whatever – just have fun with it. Fans love poring over films, especially ones that were clearly crafted with love, respect, and attention to detail. People are still finding hidden things in The Shining almost 40 years later – there’s no reason they can’t/shouldn’t be doing the same for this Halloween remake/reboot/whatever it is. While it may seem unfair, the truth is that this movie already has the deck stacked against it – the series’ previous failures combined with John Carpenter’s new involvement are coalescing to create a movie that fans will be ready to pounce on – good or bad. Something as effortless as a few callbacks to the other films (even if this new Halloween is in no way tangentially tied to the others) would show that the writer and director respect the subject matter – one of the greatest horror films ever made – and make for a fun and enduring watch.

Okay, mutants – those are my suggestions of what I’d like to see from the new Halloween flick. If I get maybe one of those, I’ll be happy. What are some things you want to see?

3 thoughts on “5 Things I Want from the New HALLOWEEN!”