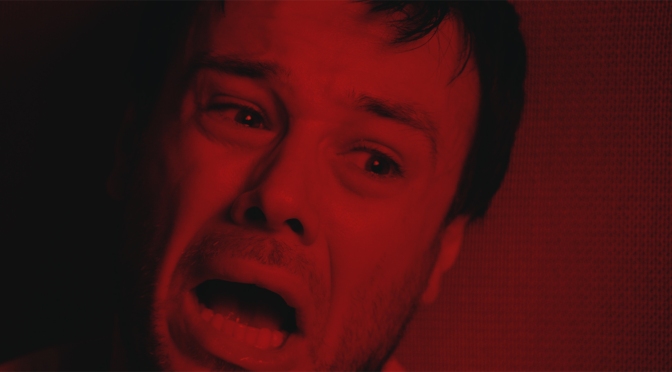 Let’s just get this out of the way: the box art is terrible, basic, and derivative, and does not do the actual movie justice. This, I promise.

That said, I would argue this is the best un-hyped horror film from 2014 that I just watched, truly. Meaning: until I saw a glowing recommendation for it on Twitter, I had never even heard of it. I knew nothing about it. I briefly watched the trailer beforehand, but went into it pretty blindly.

I hate to even compare it to “Sinister”, because this is a far superior film, but it follows a very similar trajectory of “guy realizes murders were committed in his home after viewing some old reels, and now he thinks he’s being stalked/haunted by the original killer”. But as I said, this movie does a far better job with that structure than “Sinister” did.

There are other familiar elements, from other great horror movies, that seem to be woven throughout. In both tone and setting, it occasionally gives off vibes of Jacob’s Ladder, Pet Sematary, Candyman, Ringu, Mothman Prophecies, and The Babadook. It’s a really great horror movie for horror fans.

Plus, it’s beautifully shot, with wonderful use of colors and shadows. It’s set during Christmastime, so there are eye-catching, twinkling bokehs throughout the film.

And the music is a major plus, too. Frenetic, frantic, scraping strings that sound like the buzz of angry bees – it compliments the unsettling and intense plot perfectly.

I give this film such a good and thorough review because so rarely do I come across a movie I’ve never seen — never even heard about — that I am so impressed by and end up enjoying so much.