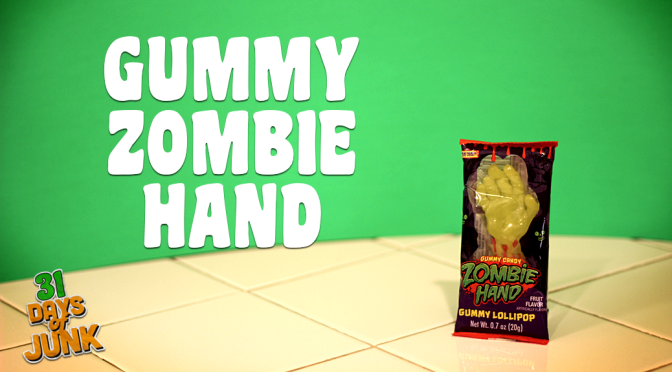 I can’t believe I made it almost 30 days in before hitting my first “dud”.

There’s really not much I can say about this treat because it was so void of flavor. The packaging simply says “fruit flavor”, but the aroma when I opened it was pure green apple. So I expected something apple-y, perhaps something with the familiar tang that accompanies green apple-flavored candies. But no, there was no flavor whatsoever. It was kinda weird. The candy was also greasy, as gummy candies often tend to be, but also plasticky in a way.

Overall, the two most important components of any food—the texture and the flavor—were kinda gross and nonexistent, respectively. Now that I’m thinking about it, it was what I imagine eating a zombie’s flesh would be like. So maybe they nailed it?

I bought it from Michaels, which is where you buy craft supplies—not candy.