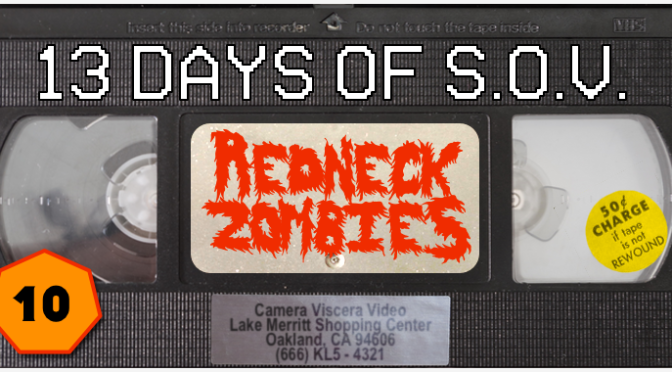 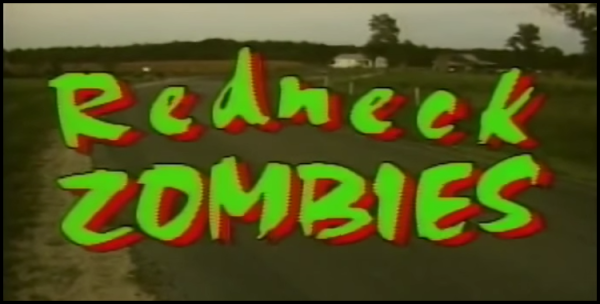 I’ve said this many times before, but SOV horror movies are not for everyone. One of the biggest factors in deterring the average viewer is the overall aesthetic: bad editing, even worse acting, junky sound, and just a general aura of cheapness. Redneck Zombies

is sort of the exception to the rule, however, as it was released by Troma Entertainment — the film company who prides themselves on their no-budget, laughable productions. So in a way, Redneck Zombies was safeguarded from the usual expected shortcomings that plagued the average SOV horror movie; suddenly, those limitations were now strengths. I assert that Redneck Zombies just may be the crossover hit that bridged the gap between shot-on-video and the collective hip consciousness. I can’t name many (if any) friends who have seen SOV gems such as Sledgehammer or Killing Spree, but all of my friends know what Troma is and have seen many Troma films, and even a handful have seen Redneck Zombies. Whodathunk. Redneck Zombies, a vanguard film! END_OF_DOCUMENT_TOKEN_TO_BE_REPLACED