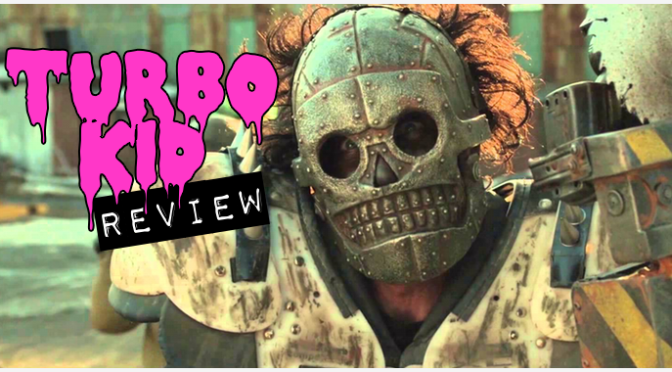 I know I risk the wrath of many with that bold proclamation, but what can I do? I liked it. It was fine. Some of it was really fun. But overall I was left with a very indifferent, blasé feeling. It’s a feeling I’ve experienced with many of these ‘modern homages’, but more on that later.

For those unaware, Turbo Kid is based on a fan-made 5 minute short that was submitted to be included in the original ABC’s of Death anthology, entitled T is for Turbo. It didn’t end up winning the coveted position (that went to the equally awesome claymation T is for Toilet), but its online presence did garner enough buzz for the makers of Turbo to consider perhaps adapted it into a full length feature.

Enter Jason Eisener, director of Hobo with a Shotgun. Eisener was himself in a similar situation in 2007: he entered a short 2 minute trailer into Robert Rodriguez’s Grindhouse trailer competition. The trailer won the competition, became a huge hit on Youtube, and eventually Eisener was given $3M to flesh out a full length idea. The resultant film (also titled Hobo with a Shotgun), was a brilliant homage to late-70s and mid-80s exploitation sleaze. And when I say homage, I mean it in the purest sense: the film felt like it was from that era; it didn’t just blatantly lift imagery and ideas from those movies and repurpose them.

So it only makes sense that Eisener is a producer (plus a blink-and-you’ll-miss-him cameo) of Turbo Kid. In a way, Tubro Kid feels like a spiritual successor to Hobo. Like, Hobo with a Shotgun 2099, or Teenager with a Powerglove.

But there are problems with Turbo Kid, problems Hobo didn’t suffer from. And these problems are what most of these modern homages are suffering from. 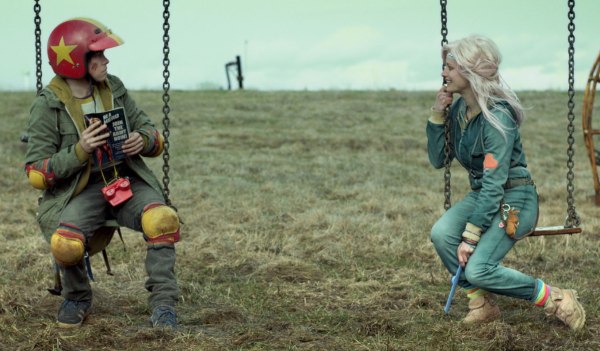 First: a consideration has to be made. Can we turn a 5 minute idea into a 90 minute movie? Better yet, do we need to? The original short is incredible. I know when I saw it, and then heard they were making a full length movie, I was giddy. Imagine the awesomeness of that 5 minutes, only 90 minutes worth. How cool would that be! But that’s not how it works; rarely does it work like that. (Hobo was pretty much a fluke, an anomaly. It shouldn’t have worked.) You can’t have an hour and a half of go!go!go! Full length films have character arcs to develop, peaks and valleys. And sometimes what works in a short format won’t work any other way. This is the exact reason Kung Fury worked so well for me. They debuted a 2 minute trailer, raised some money, and released a 30 minute short film. It’s packed to the brim with insanity. It says all it needs to say, doesn’t drag its feet, and leaves before it becomes tiresome.

Then there’s the ‘star power’ aspect. Eisener was lucky with Hobo: he had Rutger F-in’ Hauer as his lead. We’re talkin’ the most revered badass dude from iconic 80s cinema (Blade Runner, The Hitcher, and sure what the hell, Blind Fury.) I would watch Rutger Hauer read his email for 2 minutes or 2 hours. Turbo Kid is lucky to have genre legend Michael Ironside as its villain, but he’s not the star. And while the two young leads are just fine, I’m not compelled the way I would be if I were watching some titanic 80s character actor lead the movie.

Next: making a movie inspired by bad cinema doesn’t give you a pass to make a bad film. I get that you’re taking straight-to-video trash, taking the best parts of it, and Frankensteining it into a new movie. But that doesn’t mean anything if the end product is just as shoulder-shrugging as its source material. The z-grade action movies of the 80s were desperate beasts. Your homage should elevate the source material. If they couldn’t do it right the first time around, here’s your chance. 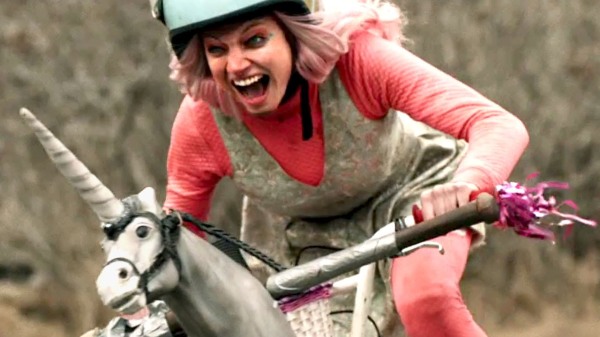 And lastly: misappropriating pop culture. Look, I’m over it. No one should look at a hilariously ironic button or t-shirt and think “this same concept would work as a 90 minute movie!” This is why the Internet exists. Because we can ingest it in small doses, move on to something else for a palate cleanse, and then come back if we want more. Incremental bursts of nostalgia, 30-second clicks to remind us of the past. The endless sea of blogs with 500 word blurbs on childhood memories get the job done. I don’t want to sit down to watch a movie and just have it be 90 minutes of “hey, look, we remember the 80s and 90s, too!” The Nintendo mania, the Power Glove idolization, the View-Master, the dayglow clothing, the comic book obsession. It’s taking the place of the actual story. It’s fashion over function. Look, I get it. I have an Ecto-Cooler scented candle sitting on my living room table right now. But I don’t sit there and worship it. I light the sumbitch every now and then, make the apartment smell like a tangerine, and then blow it out.

Maybe I’m just put off because I don’t know who Turbo Kid is meant for. It’s a movie where 30-year-old actors play 14-year-old kids who dress in thrift store chic and obsess over outdated technology in a modern wasteland. Maybe it makes me feel icky because it hits a little too close to home. Look, watch Turbo Kid. But also watch the low-budget — but original — movies that inspired it, like BMX Bandits, Motorama, and Dead-End Drive In. It’s only fair.

Eisener’s tribute to underground bygone cinema was the first. And slowly but surely, other imitators began trickling in. And while it’s not a full blown flood at this point, I’d say our shoes are still ruined.