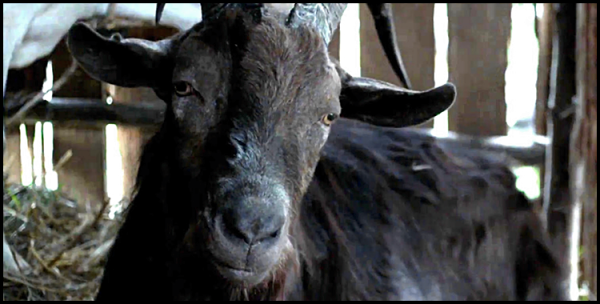 I want you to close your eyes and imagine something. Well, close your eyes metaphorically speaking – keep reading this, though. Okay, clear your mind. Now imagine the Internet is down… forever. You have no phone – smart, flip, or otherwise. No texting, no Instagram, no Facebook. No cable, no reality shows. No pizza. No eBay. No public transportation. You start working at age 12 which includes waking up at 4 a.m. and doing manual labor until sundown; you’ll never get paid $40,000 a year to work from your cozy apartment (one block away from that hip coffeeshop) writing listicles for some cutesy start-up blog. Reaching your 50th birthday is rare, and worst of all: no one cares a goddamn about you. Survival comes before anything else. Sounds horrific, right? Welcome to 1630!

The reason I bring this up is because there have been bad reviews for The Witch circulating – criticizing the movie for not being scary enough – written by the exact people I was describing above, people who wouldn’t last a minute in 1630. Ironic, no? Look, even if you removed all the overt horror elements (of which there are aplenty) just the sheer fact that this was an actual way of life for everyone living 400 years ago is downright terrifying, and there is absolutely no denying that. This was real life! People believed witches were real. The OG Satanic Panic! Every square inch of this movie is absolutely bone-chilling, both literally and figuratively.

The story is fairly simple and straight-forward: a difference in religious beliefs causes a family to be exiled from the colony where they were residing. Resilient and undeterred (this was the 17th century, after all) the family soon finds an open plot of land located along the edge of a thick forest which they take as a sign from God, so they settle. What they don’t realize is that the woods are inhabited by a coven of witches. Soon, crops are dying, children go missing, and the parents come to be convinced their eldest daughter is to blame for it all.

For being as sparse as it is, The Witch is thematically dense, dealing with religion, dishonesty and its repercussions, and paranoia all within a strict but loving family unit. Every scene is dripping with a tension that works for the movie on two different levels: first, there’s the gut-wrenching reality of a desperate family dealing with loss, hunger, and inconsolable sadness in a barren New England landscape, their survival uncertain; then there’s the fantastical element – are there really witches out in those woods? Is their daughter really behind all of these tragedies? And what’s the story behind Black Phillip, the infamous goat who seems to have found his own way to their farm? There’s so much going on, the movie is so rich in concepts and ideas, that even 24 hours later I’m still thinking about it and eager to give it a second viewing.

I’d be remiss if I didn’t mention how beautifully shot the film is, making remarkable use of its single setting and working wonders with several low-light set scenes. The score is also incredible, perfectly complimenting the unforeseen troubles that awaits the poor family: sharp strings, wavering strings, and plinking strings that spell out perfect doom to the viewer. 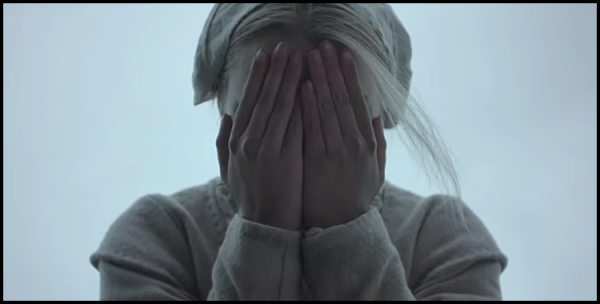 All of its classic horror scares aside, I can’t reiterate enough how the most frightening element perhaps is that the whole thing is (at least anecdotally) all true. Director Robert Eggers has explained in several interviews that a lot of the movie is based mostly on source documents and a few folktales from that time period. Normally the old “based on a true story” schtick would be considered your quintessential horror fake-out (and an overwrought modern go-to, at that), but here it’s historical fact. People were burned alive because others were convinced they were witches; it’s the truth and it’s majorly screwed up. Only the most jaded, desensitized, and distracted of viewers will walk away from The Witch feeling it wasn’t scary enough. To those viewers, taking a week-long break from Twitter after being taunted for some silly misquote is probably the most traumatic thing they’ll experience in their adult lives. And to those viewers I say: hop up on the stake, baby, and give it a spin.