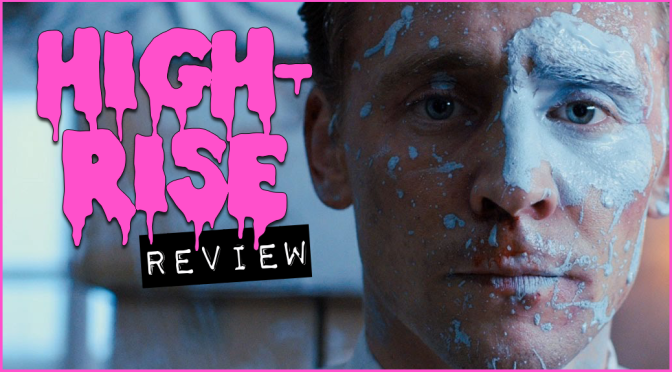 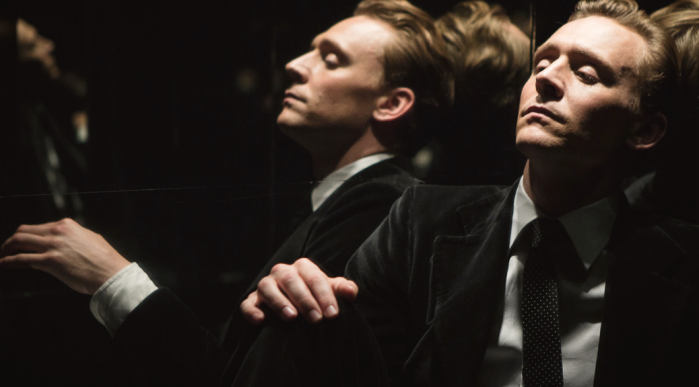 If you took the claustrophobic paranoia and shaggy-haired chic of David Cronenberg’s apartment complex horror, Shivers (1975), added a bit of plastic personality and debaucherous decadence from Mary Harron’s American Psycho (2000), and filmed it all through Stanley Kubrick’s surrealistic dystopian lens, the result would probably be pretty close to High-Rise, the new film from director Ben Wheatley, based on the novel by J.G. Ballard.

Now if you think that description sounds like the final product might be a bit too chaotic and disjointed, well, you wouldn’t be wrong. Although all the 1970s set design is absolutely stunning to look at, the overall final product often feels disorganized. That’s not to say High-Rise isn’t an incredible and enjoyable film – it is. It’s just a lot to take in.

When the movie opens, our titular tower is in utter ruins – rampant fires, trash strewn about, a decaying structure. We’re introduced to our lead, Dr. Laing (Tom Hiddleston), as he narrates amid the chaos. We see that, despite its catastrophic landscape, the building is still being inhabited by the residents, all of whom are exhibiting the most primal, survival-of-the-fittest type behavior.

With this imagery planted firmly in our brains – teasing us of what we now expect to come – we flashback three months to when Dr. Laing is first moving in to the state of the art high-rise – a magnificent, pristine, looming obelisk, however ominous. It’s an all-inclusive hive, with access to a gym, a grocery store, swimming pool, and more. Really, there’s no reason to ever leave.

The high-rise acts as a structural caste system, with the most important (read: richest) living at the summit of the building while the lower the floor number goes, the less important (read: poorer) the people are. This in and of itself creates a bit of tension among the residents, but the fact that no-one ever leaves the premises the heated interactions become more frequent – and escalate very quickly. Throw some heavy alcohol and drug use into the mix (this is the ’70s, after all), and suddenly the high-rise becomes a sort of retro Lord of the Flies.

Now, I’m admittedly unfamiliar with J.G. Ballard’s novel and therefore unsure of its pacing or how linear of a structure it has, but its movie incarnation here seems almost intentionally opaque. I’m only slightly familiar with Ben Wheatley, having seen his hilariously dark Sightseers (2012), which is as straight-forward as a storyline comes, so I have to believe that High-Rise‘s quirky translation we see onscreen is entirely rooted in the book. Either that, or maybe it’s just really hard turning a 200-page book into a 2-hour movie without sacrificing some cohesion.

That said, hot damn is this a good-lookin’ movie! I mean, truly some of the best set design I’ve seen in any movie this year. Jaw-dropping, really. I could’ve watched the movie on mute and been just as satisfied – no slight to Ballard, Wheatley, or any of the actors, the design is just that good. In fact, I’m really curious as to what the budget was because this thing looks like ten million bucks, literally. There’s also a stellar cast attached, including Hiddleston, Sienna Miller, Luke Evans, Elisabeth Moss, and the always incredible Jeremy Irons, who plays the architect of the eponymous abomination.

Despite its foggy progression, the themes of High-Rise – class wars, entitlement, unjust violence, behavioral retrogradation – are as prevalent as ever, even 40-years after Ballard wrote the book. So in that sense, the movie is fairly clear and easy to understand. But ultimately, who cares? On the surface, High-Rise is a beautiful, challenging piece of weirdo art cinema – something of an anomaly these days – and that’s kind of enough for me.