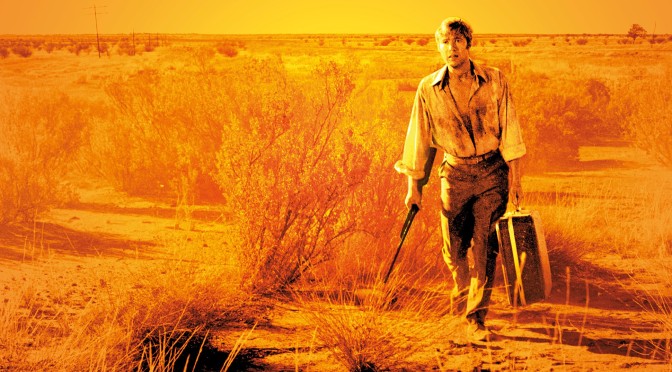 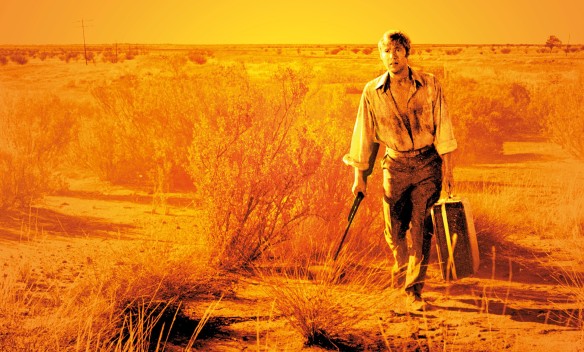 “Wake in Fright” is not a horror movie in the traditional sense.  There’s no murder, no death, no overstated violence; There’s no boogeyman, no stalker, no creature that lunges from the shadows.  But the contents of “Wake in Fright” are indeed horrifying, and the peril the lead character finds himself in is far scarier than your typical slasher film, because the circumstances are much more real.

A teacher in a small, Australian town leaves class on the first day of Christmas vacation, boarding a train in hopes of seeing his girlfriend a couple hours away in Sydney.  There’s a layover in an even smaller, more desolate town called Bundanyabba where the teacher decides to grab a hotel room.  With nothing but time on his hands, he heads to a nearby bar.  Despite keeping to himself, he’s immediately greeted by the local sheriff who buddies up to him, buying him round after round deep into the night.  At first the teacher is cold and aloof, thinking himself above the locals.  But soon he’s drunk, and he eventually warms up to the sheriff, who introduces him to a gambling circuit happening in the back room of the bar.  The teacher starts out hot, winning hand after hand, resulting in fistfuls of cash.  He runs back to his room, awed by the amount of money he has won.  It is not enough, however, and soon greed consumes him, and he heads back to the bar where he proceeds to lose every dollar to his name.  Broke and stranded in a town he does not know, he must rely on the sketchy locals he earlier shunned for sympathy and support.  What started out as a stop for the night winds up being a three day plunge into the depths of humanity.  I don’t want to give it all away.  But I assure you, you’ll feel yucky when it’s all over.

I believe the film “U-Turn” — a movie I really enjoy — was inspired greatly by this movie.  A very similar set of circumstances befall both leads.  But while the small town characters in “U-Turn” are over the top, cartoonish caricatures, the people of Bundanyabba are flesh and bone, and as real and frightening as any person with nothing left to lose.

Lastly, sometimes you see a movie and the subject matter happens to coincide with current events in your life that make the movie all the more important and memorable.  When I was younger, I saw “Twister” during a particularly active tornado season in my small southern town.  Afterwards, walking down my street, gray skies overhead and wind whipping the trees back and forth, I couldn’t help but be reminded of a scene I’d viewed just a few hours earlier in which a tornado rips through a movie screen at a drive-in theater.  The similarities between the fictional and factual incidences coalesced to create a memory I can recall to this day in vivid detail.

“Wake in Fright” worked similarly: I watched the film during a particularly hot stretch toward the end of summer.  Plus, I got drunk while watching it, which is kind of the best way to see it.  As I sat there, sweating while guzzling down copious amounts of ice cold beer, I couldn’t help but feel like one of the characters: trapped by the inescapable heat and my own drunkenness.  I could almost taste the dust and hear the flies buzzing.  A truly hopeless feeling.

Trivia: Directed by the guy who did “First Blood” and “Weekend At Bernie’s”.