Hollywood gets a bad rap. People think of it as this horrible money machine, but the truth is Hollywood has nothing but a filmmaker’s best interest in mind. Believe it or not, producers and financiers actually care about creativity and artistic vision and want nothing more than to protect the filmmaker’s creation, and they want to encourage originality by supporting new ideas. Hollywood is about integrity and respect.

No, I’m only kidding. Hollywood is a bloated, greedy monster that cares only about how much money a film makes and absolutely nothing else. And if a film can somehow keep making boatloads of money years after its been released, even better! But how do you do that? Make it a franchise. There are no better cash-cows than horror franchises. Perhaps you’ve heard New Line Cinema referred to as “The House that Freddy Built“, due to the popularity of the A Nightmare on Elm Street series. And how do you build a house? Money. Lots of money. 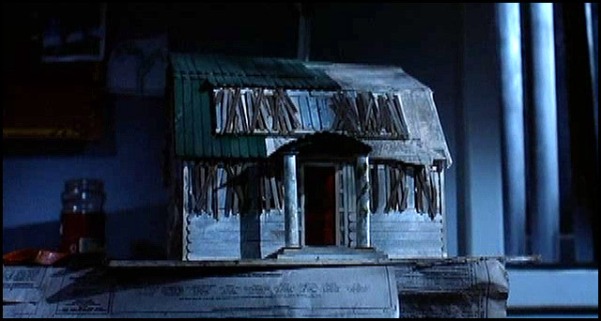 In the past, whenever a horror film would perform well at the box-office, producers would immediately think “Sequel!” And as time has gone on, that concept has been exploited to laughable proportions. Nowadays when a horror movie does well, producers don’t just think “Sequel!” – they think “Sequels!” The more, the better. In fact, this is something that plagues every genre, from comedy to action – multiple sequels are being greenlit before the first film is even released. The logic behind that numbs my little pea-brain.

Horror sequels are most often times frowned upon by the snobs – but understandably so. As a diehard fan, it hurts to see something familiar and well-received – something that you love – be tainted and distorted by thoughtless, slapdash sequels that are void of spirit, and whose sole purpose is just to make money. The worst ones vary from disappointing (Freddy’s Dead sees Freddy Krueger finally killed…by a stick of dynamite?), to deceitful (Surprise! Jason isn’t in Friday the 13th V), to just plain lazy (the incomprehensible continuity of Texas Chainsaw 3D).

But buried in the piles of muddled backstories and questionable ‘final’ entries, there are actually some stand-outs. Films that either rejuvenate the series, improve upon it, or are just plain enjoyable in their own right. I’ve included a few from my most revisited franchises which I think adhere to those stipulations below. You can also interpret this list as my own subconscious suggestions of where these individual series’ should have ended.

Much like Francis Gremp, I think The Texas Chain Saw Massacre is the best horror film ever made, hands down. It’s gritty, sweaty, and truly frightening. Its sequel, The Texas Chainsaw Massacre 2 took a complete left turn both tonally and visually. It was funnier, weirder, and much bloodier – but also had a slick coat of Hollywood sheen on it. Leatherface: The Texas Chainsaw Massacre III is the perfect marriage of those two films, and the perfect sequel to cap off the series. Weird and scary family members, the tense cat-and-mouse struggle to survive, and a tough as nails heroine to root for. This film gets so much right and yet is so overlooked. I never hear people talk about it for some reason!

It was notoriously butchered by the censors (it originally received an X rating) and production was rushed, but I’ll be damned if the final product isn’t enjoyable as all get out. Solid cast, spooky score reminiscent of the original, and amazing production design – the series should have ended here.

I grew up in a small Illinois town which didn’t look all that different from the way Haddonfield, Illinois was represented in Halloween 4 – so perhaps that’s why I like this flick so much. But I can’t owe my favor of the film all to nostalgia. This is another sequel that got everything right by paying homage to the source material while respectfully expanding upon it.

Now, this sequel is a prime example of the cashgrab behavior I mentioned earlier. Halloween III didn’t do well at the box office (because Michael Myers was nowhere to be found), but John Carpenter didn’t care because that’s not what he originally set out to do: he wanted to create a series of Halloween-themed movies each with different plots and characters. But producers said, “Nuh uh, no way – Michael Myers is what makes the money, so we’re bringing him back.” So Carpenter left the project, and the series returned to it’s slasher roots.

The last 10 minutes leave a lot to be desired, but there are a lot of effective scenes – ones that make Michael feel like the boogeyman he is purported to be – and that’s enough to redeem the tacked on ending. Again, would have been a great place to end the series.

This one was a hard decision because there are several later Friday the 13th sequels I really enjoy and think are fine – if not wholly unnecessary. But really, it’s the early sequels that matter: Friday the 13 Part 2 introduced a bagheaded Jason to the series and Friday the 13th Part 3 had him discover his iconic goalie’s mask (plus is was in 3D and had that killer opening disco tune!)

But it’s the fourth and supposed last entry in the series, Friday the 13th: The Final Chapter, which I think is the ultimate display of Jason Voorhees in his prime, doing what he does best – and one I think would have been a fitting way for the series to end its bloody run. Every sequel post The Final Chapter becomes more and more outlandish, seeming only to exist just to top the former sequels in sheer inanity. The lumbering, unstoppable zombiefied Jason lacks the pizzazz of the lanky, living freak who would run after his victims. Quintessential slasher? Undoubtedly. But The Final Chapter should have been just that.

There must be something special about the third sequel to these movies. Whether it’s learning from the prior films mistakes, having more of a story to build from, or simply allowing the series time to seep into the pop culture’s collective consciousness – or a combination of all of the above – the fourth film in a horror franchise can sometimes be a sweet spot, as in the case of A Nightmare on Elm Street 4. And it’s true that all of those elements coalesced to form the perfect Freddy Krueger movie.

In a way, Nightmare 4 – much like Friday the 13th Part 4 and The Texas Chainsaw Massacre 3 – is just as much homage to its source material as it is its own original property. It’s refreshing and appreciated that the filmmakers did their homework and were trying to turn in an A+ sequel even this late in the series.

Freddy is cool and ruthless and packed with more puns than ever; the teens are tough, bred from broken homes; and the practical effects are on full display, showing just how gross and unforgiving getting killed in your dreams can be. And while Wes Craven’s New Nightmare was a breath of fresh air for the series, Nightmare 4 wouldn’t have been that terrible of a sequel to end on.

That’s all my rambling for now, friends –  hopefully everyone’s still awake! You know how Dr. Jose gets once he starts rollin’. Check back soon for part two of my continuing piece on decent sequels, where I’ll talk about my favorites from the Child’s Play, …of the Dead, and Scream franchises!