The piece originally appeared on iHorror.

John Carpenter’s Halloween is one of the most revered horror films of all time. In its wake came a surfeit of masked slashers attempting to replicate its success – most of them failing, more often than not.

There are a lot of components to Halloween which makes it such an effective film. From Carpenter’s piercing score to Dean Cundey’s eerie night-time cinematography to the terrifying, emotionless white mask Michael Myers wears—all of it plays a part in creating a winning final product. END_OF_DOCUMENT_TOKEN_TO_BE_REPLACED 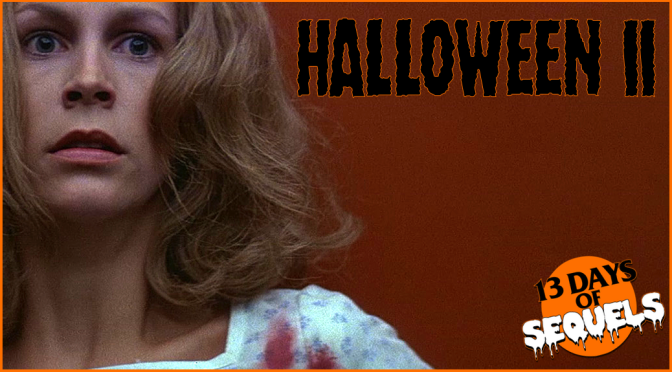 With 13 Days of Sequels I’ll be reviewing horror sequels every weekday for the last two weeks of October. You can view all entries HERE.

Sequels are historically hard to pull off – especially when it’s that first one out of the gate (meaning Part 2), and especially if the first film was an incredible success. (I clarify this, because at one time films actually had to be successful in order to warrant a sequel.)

Following the original film, that first sequel is under major scrutiny: the pressure to not only replicate the success of the first film but exceed it in every way possible isn’t just expected, it’s really expected. Part 2 has to be bigger, faster, and smarter, upping the ante in every conceivable way. END_OF_DOCUMENT_TOKEN_TO_BE_REPLACED

It was announced yesterday that the long-gestating remake of The Crow had finally found its lead in Games of Thrones actor Jason Momoa. I’m only vaguely familiar with Momoa’s work, but the shoes of the jester-faced, star-crossed lover Eric Draven would not be easy ones to fill considering Brandon Lee’s mesmerizing and emotional original portrayal of the character, one that was only heightened and immortalized by his untimely death on set, the result of a freak accident while filming a scene for the movie.

But besides the deck already being stacked against Momoa, something immediately struck me as off about this casting choice. For those unaware, this is what Jason Momoa looks like: END_OF_DOCUMENT_TOKEN_TO_BE_REPLACED

As you’ve probably heard by now, Blumhouse announced yesterday that they’ll be producing the newest Halloween film, the first since Rob Zombie’s 2009 debacle, Halloween II. What makes this particular bit of news so exciting is confirmation that John Carpenter will executive produce, and could also possibly (maybe? hopefully?) score the film. Add to that the involvement of franchise producer Malek Akkad, Miramax Pictures, and bastions-from-the-start Compass International/Trancas International Films, and suddenly the tired and aimless franchise looks to have gotten a much needed shot in the arm.

Of course, the recognizable names mean nothing to the final product; a lot of variables could result in a boring, unmemorable film, namely the two most important puzzle pieces – the script and its director – which are, as of this typing, non-existent. But none of that stuff really matters right now because, as with every entry before this one, the announcement of a new Halloween film ushers in waves of excitement and possibilities that will keep me coasting and daydreaming until I see it in the theater.

The film has a projected release date of sometime in 2017, which means I’ve got a lot of time on my hands to fantasize about my dream production, so here are 5 things I’d really like to see in the new Halloween. END_OF_DOCUMENT_TOKEN_TO_BE_REPLACED

For obvious reasons, Halloween is the quintessential October horror film. Come this time of year, sites will be flooded with articles and lists praising the film and its enduring legacy, and some will even promise to tell you 15 things you never knew about the movie. They’ll be wrong, of course, but hey.

As a horror fan and horror-website-runner-person myself, it is my duty to contribute a Halloween-related listicle during the month of October lest I want my gorehound card revoked. But instead of pointing out things everyone knows already (we get it, it’s a William Shatner mask) or attempting to write a thesis on the ‘sin equals death’ puritanical aspects of the movie, I thought I’d simply point out a few things I dig about it. Feelings that you the reader may also share. No need to over-analyze this sucker!

In the end, when it comes down to it, there’s not much to say about John Carpenter’s Halloween that hasn’t already been said a thousand times already, but here are a few moments I personally enjoy from the movie. END_OF_DOCUMENT_TOKEN_TO_BE_REPLACED 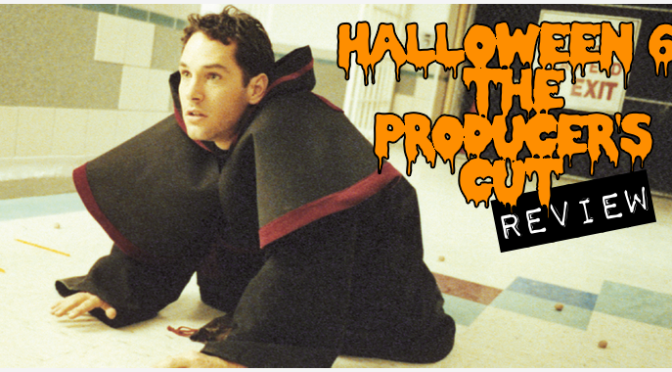 As you may already know by now (especially if you read my other piece on the subject): I love Halloween 6

. Buried under the muddled origin story and weird druid stuff is not only a solid Halloween sequel, but a really great slasher film. It is, in my opinion, the last time Michael Myers was actually scary onscreen. Unfortunately, multiple reshoots, continual edits, and tensions on set resulted in a film that didn’t feel very cohesive and left the audience with more questions than it did answers.

It was probably a decade after the movie came out that I started hearing rumblings on the internet about lost footage from the film. I don’t know if it was being designated “the Producer’s Cut” at first, but that’s the official title it took on over time. There were rumors and speculation popping up on message boards, people claiming they’d seen the footage and that it was an entirely different movie. Needless to say, I was extremely excited thinking there was the possibility of an alternate cut out there. It wasn’t too long after that, people started posting actual scenes that had been cut from the film, albeit terrible quality. But it confirmed what had been pure hearsay up until then: alternate footage — and possibly an alternate version — did exist. END_OF_DOCUMENT_TOKEN_TO_BE_REPLACED