Miles Chapin’s “Richie”, from Tobe Hooper’s The Funhouse, is the perfect embodiment of the troped-out ’80s horror that was happening at the time: he’s a high schooler who looks to be in his late-20s (possibly early-30s); he’s an insufferable WASPy geek, yet has a gorgeous girlfriend; and, despite being a bespectacled lame-o, his best friend is the high school football team’s all-star quarterback, Buzz Dawson. It was the ’80s, baby. It didn’t have to make sense as long as everyone was so obnoxious that you rooted for the bad guy.

Richie is also a wannabe preppy, which makes him even more detestable. Imagine a combination of Tim Matheson’s snarky shit-eating expressions mixed with Harry Anderson’s general punchability, and you’ve got your basic Richie. Every time he opens his mouth, you just know some dumb shit is gonna come out of it. And that’s something that people often fail to realize about geeks: not all of them are smart. END_OF_DOCUMENT_TOKEN_TO_BE_REPLACED

When we ‘re first introduced to our bespectacled bore, Arnie Cunningham, he’s frantically running from his house hurrying to catch his ride to school. In the process, he rips open the bag of trash he’s taking out – spilling it all over the driveway and his mother’s feet. She shoos him on, and he waddles off – arms akimbo, glasses sliding off his face – to his friend’s car. It’s the quintessential “Yes, this character is a nerd with a capital N” introduction, something that I’ve covered here before. END_OF_DOCUMENT_TOKEN_TO_BE_REPLACED

When you hear the name “Evil Ed”, what do you imagine? A big bearded dude with a dangly skull earring and leather vest, tearing ass through town on a chopper with those big angular ape hangers? Yeah, me too.

The “Evil Ed” we get in Fright Night, however, is pretty much the exact opposite of that: a diminutive, giggly geek with a penchant for pranks whose demeanor is best described as “repellant”. END_OF_DOCUMENT_TOKEN_TO_BE_REPLACED 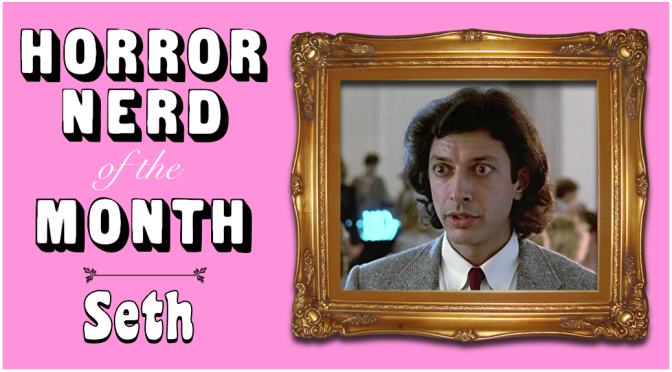 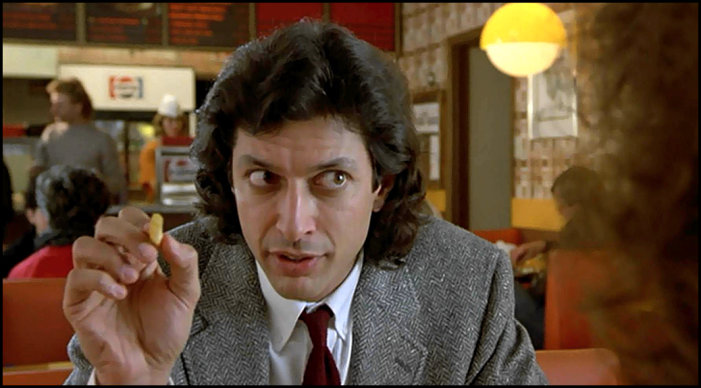 Brundle, the tragic weirdo genius played by Jeff Goldblum (pumping every bit of oddball charm into the character) in David Cronenberg’s 1986 body horror masterpiece The Fly, may be the quintessential horror nerd.

All the signs are there: he’s really into science, he’s not particularly good with the opposite sex, he’s self-conscious, and he occasionally suffers from car sickness – does it get any more lame than that? END_OF_DOCUMENT_TOKEN_TO_BE_REPLACED 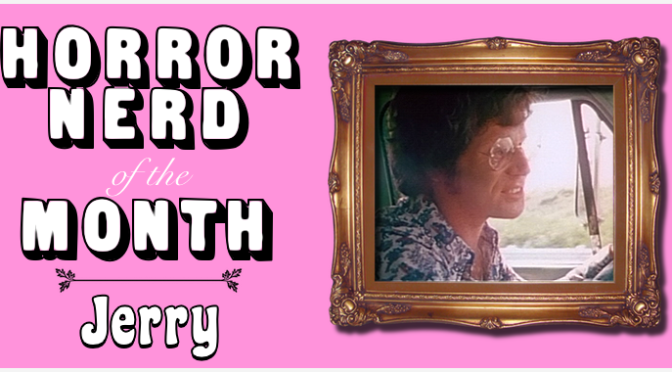 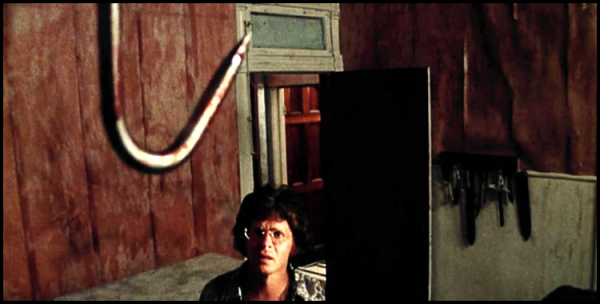 When you think of the victims in the original The Texas Chain Saw Massacre, perhaps it’s wheelchair-bound Franklin who you immediately feel the most sorry for. After all, getting bisected by a chainsaw is a hell of a way to go after you’ve spent your life a paraplegic.

But I beg you, the viewer, the thinker, to reconsider. I mean, Franklin kinda had it coming didn’t he? Spittin’ and yowlin’ like a cat for most of the movie. By the end, we welcomed Franklin’s demise because then we the viewer were also spared suffering any longer. END_OF_DOCUMENT_TOKEN_TO_BE_REPLACED